Home > News & Views > Under every stone lurks a politician. Aristophanes

Under every stone lurks a politician. Aristophanes 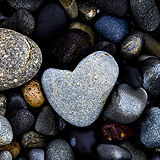 The 28th October was an interesting day, and it was the day that I realised that politicians could not care less for anyone, let alone financial advisers.

As the late Max Bygraves said, “I wanna tell you a story.”

In the lead up to RDR we conducted a survey and arranged for two newly elected MPs, Mark Garnier and Harriet Baldwin (as both seemed very interested in the welfare of IFAs in the advice chain) to attend a Panacea RDR Q&A session in late 2010.

This came about because I had met with Mark Garnier MP in October that year following an introduction from Simon Mansell. My view after that meeting was that Mr Garnier was a “breath of fresh fair” and that he understood the plight of advisers, the impact RDR would have upon them and the unfairness of a lack of longstop protection - something he was in fact blissfully unaware of until we met.

Well a few years have passed since then, the RDR has come and gone, the Panacea Adviser community has grown considerably in size, now some 23,000 in number and everything that people were saying before RDR has pretty much turned out to be true.

And both MPs have moved further up the ‘political pole’.

Harriet Baldwin MP was appointed to become the Prime Minister’s Trade Envoy to Russia before joining the Government in February 2014 as Assistant Government Whip. In the July 2014 reshuffle she was promoted to Lord Commissioner.

Mark Garnier MP serves on the influential Treasury Select Committee taking a specific interest in financial regulation and the banking sector; he is also a Freeman of the City of London.

So, why the disillusionment?

Mark Garnier had been questioning the new FOS boss Caroline Wayman at a TSC meeting on the 15th October and he quoted some research we had undertaken regarding adviser concerns about FOS fairness stating “a poll of advisers suggesting more than half (58%) considered the FOS unfair on IFAs when reaching decisions. A further quarter said they were unsure” - all according to our Panacea survey.

I was slightly surprised that, despite our survey having enough weight to warrant being used to support his questions at the TSC session, I had received neither acknowledgment, query or thanks from Mark regarding the copy of the survey we had sent him which made clear adviser discontent with the FOS.

I was also very surprised that Ms Wayman, when questioned said: “The service is keen to reach out to advisers to allay their apparently widespread concerns it is unfair on them when determining wrongdoing following client complaints.”

Her statement seemed quite disingenuous, as she too had been sent a copy of our survey, and just like Mark, failed to extend the courtesy of an acknowledgement.

It was my view that Ms Wayman had applied some ‘boots and raining’ tactics on the TSC and I felt that advisers who took time to complete the survey would like Mark to know about it.

Now I am sure you have all heard of ‘Plebgate’. Well I suffered my own version of ‘Plebgate’ on the 28th October in a very short telephone conversation with Mr Garnier regarding our survey and Ms Wayman’s reply.

I dialed his mobile number, given to me by him, that I have called on a number of occasions, the phone rang for some time and just as I was about to hang up it was answered.

DB: “Good morning Mark, I trust all is well with you”?

And I have heard nothing since.

I would apologise for the very strong starred* language, something that I would not normally put in print but without it something may be lost in translation. The call was made at 11.00am UK time; the dial tone on his phone was a UK one.

I have written to him expressing my concern noting that: “I have put your less than pleasant response to my call down to jet lag…… it is really bad form to treat anyone who calls you in good faith this way. After all, you (or anyone else) would hit the roof if I addressed you in the way you addressed me in response to a mid-morning telephone call made in good faith”.

I have yet to receive a reply, let alone an apology. This is hardly behaviour befitting of a member of Parliament, let alone a one who serves on the influential Treasury Select Committee. or an acknowledgment that the 23,000 financial services professionals who make up our Panacea community mean anything at all.

Have you been sworn at by your MP, and for no reason at all, not that a reason is needed of course? Do I detect a sense of ‘Plebgate déjà vu’?

Winston Churchill once said: “A politician needs the ability to foretell what is going to happen tomorrow, next week, next month, and next year. And to have the ability afterwards to explain why it didn't happen.”

In 1932 the Pittsburgh Press ran an article by Walter Winchell on ‘actors’ and a particular movie director’s advice to them.  “Be nice to those you meet on the way up. They’re the same folks you’ll meet on the way down.”

An adage on humility for us all to live by I think.

And as for mobile phones, perhaps the simple, non abusive solution to unwanted calls is to turn it off in times of “time change sleep deprivation’ if you do not wish to woken up.

And you think this article will make him more supportive because....?

An interesting observation Michael but I think you may be missing something here, Panacea is a community of advisers, some 23,000 in fact, who receive Bento comms such as you have responded to today.

The community tries to support advisers and fight for causes that others seem to avoid. In dealing with the matter in the way that Mark Garnier did, it demonstrates that he has little respect for the community.

The research that Panacea provided to him that he found sufficiently useful to question the new FOS chief Caroline Wayman received no thank you and when called, as in the article above, the outcome is what we read.

Nobody should be spoken to in this way, an apology when he woke from jet lag interrupted slumbers would have been the right thing to do. Be under no illusion, politicians only care about themselves, it was thought that in the flush of newly elected enthusiasm he would do great things. This has not happened and will not happen, especially with an election looming.

I am reminded of Robin Days encounter with a past Thatcher government Defence Secretary John Nott, who famously walked out of an interview with Robin Day after he was called a 'here-today, gone-tomorrow politician

And that is the dynamic here. The reality is that over the years since his election, he has found, like his predecessors, that politicians can do very little in reality, TSC members possibly a little more but against a regulator that neither he, parliament or the TSC have power over nothing will ever get done and for advisers to have faith that politicians will fix the many injustices faced by advisers, the FOS being just one of them, is simply delusional and it is better that we all understand that.