Home > News & Views > Now is the time to plan not panic

Now is the time to plan not panic 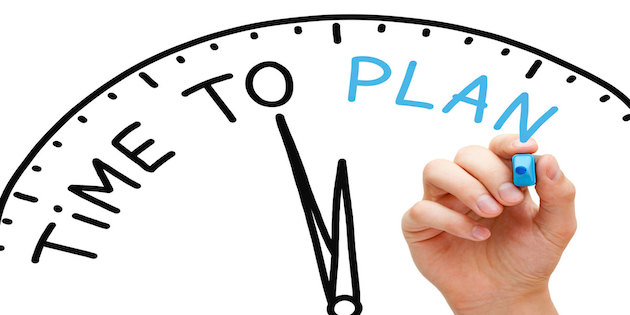 “The best way to measure your investing success is not by whether you’re beating the market but by whether you’ve put in place a financial plan and a behavioural discipline that are likely to get you where you want to go.”

Isn’t that the issue with so many people we react day to day when in fact we all need a plan, habits and the discipline to get us to where we desire to be.

Habits are very hard to break but powerful when adopted for the right reasons.

I have a friend who is a chef, the thing is he was a chef with a problem, he loved his cooking just as much as his customers.

There is an old adage that you shouldn’t drink when you run a pub and perhaps it’s wise for cooks not to indulge too much in the kitchen or their shape and health can suffer.

That is sadly what happened to my friend. From a 6 foot plus football player, he turned into what can only be described as the epitome of the overweight jolly chef. However, his happiness was just a front. He was also the father of 4 young children and didn’t want to have any health problems that would limit his time with them. He was concerned about his future and wanted to lose weight.

One January he decided to start running to lose weight and to cut down his enjoyment of his own cooking!

He bought new trainers, jogging pants and the obligatory hoodie and was ready to go but he didn’t start. He felt embarrassed about his size.

However, he decided to take a leap of faith and use the darkness of the New Year, and as his wife told him, ‘What was the risk no one would see him’!

He started small, first night he jogged to the end of the road. He kept doing that all week. He then began to run to the next street and back. Again, he stuck at that for a week. Within a month he was running down his street, out of his estate and heading forward at a decent rate.

As the weeks and months flew past, his route grew longer as his waist band began to reduce.

By the spring the hoodie was gone, as where the jogging pants and the uniform of the runner was assembled. He even completed his first 10k and began training for a marathon. Running had become a habit.

My friend is still a chef but he is now also a dedicated runner and a far healthier & happier person. All because he decided to do something that appeared so difficult at first but is worth so much now to him and his family.

How many of us have something that we want to do in our life or career but are held back from achieving this because we perceive it as being too difficult? How many of us fear the difficulty of change and how many of us say it’s not the right time to change.

I’d urge you all to take time to sit down and identify what you want to achieve in your life and business and ask yourself these 7 key questions:

1.         What have you always wanted to achieve but apprehension has held you back from doing this?

4.         Do you have the necessary skills to achieve this? Do you need to learn new skills or obtain further training?

6.         When can you begin to start making your dreams a reality and what is your deadline?

It is important to be completely clear about what success looks like. How will your life or business be improved if you achieve your dreams? This is vital to ensure you keep on track. One thing I’d also urge you to do is to visualise what failure looks like. Now I know this might sound counterintuitive, but bear with me.

If you know what failure looks like right at the beginning, you can harness this to drive you on you.

Be constantly aware and ensure that if any signs of failure appear you can take action to ensure you achieve whatever you have started out to do.

Remember the horrible thing about failure is it’s subtly, it never happens overnight. It is the drip, drip of incorrect behaviors or a failure to adopt positive habits that stop us from ever reaching our full potential.

So know what failure is, plan to avoid it and use it as a motivator for success. Harness any negative emotions and always remember, just because it’s difficult, doesn’t mean it’s not worth doing.

“The stock market is a device to transfer money from the impatient to the patient.”

What is your elevator pitch?

Put your future in good hands - your own