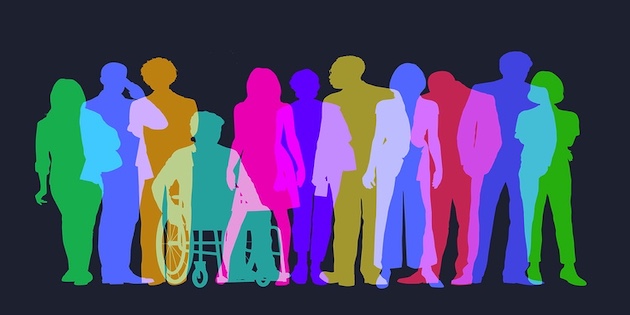 Back in January, I came across an article suggesting that Governments have always been vulnerable to forms of themed political craziness. It is an interesting read.

Civil Service applicants are being advised that during their interview process they should ‘demonstrate insight into the link between the moral and business case for equality and diversity and achieving organisational priorities’ and explain how they ‘actively promote diversity and equality… inside and outside the Civil Service’.

The BAFTAs have adopted the same theme and the Oscar's had a go. Diversity is what it is all about now.

My sister is a ‘CoE’ vicar, I remember her telling me a while back that Sunday sermons have a weekly theme dictated by ‘Head Office’ that is expected to be adhered to across the land.

Should we be worried in the world of financial services that this quasi state inspired thought creep should be leeching its way into regulation?

A couple of weeks away from his move to the Bank of England, the FCA’s CEO, Andrew Bailey used a PIMFA conference to bang the drum for diversity.

He used the speech as a platform to highlight that:

It is quite a speech.

In my experience of nearly 40 years in the financial services world this is simply an example of a mind bending failure to understand those it regulates and those that it regulates for.

Regulators in general are not overly respected by those it regulates or those it is there to protect. Funnily enough for the same reasons- they do not listen, do not operate with a common sense mindset, do not learn from ‘learnings’ and are never terribly approachable or accountable.

In the financial services industry regulators do not have any longevity at all and so by default cannot assume respect is earned by time served, something he has overlooked. In my time we have gone through amongst others IMRO, LAUTRO, NASDIM, FIMBRA, PIA, FCA, FSA, over the last 30 years that averages one regulator every four years or so

Bailey goes on to say that the FCA has 3 operational objectives given by Parliament: “the protection of consumers; the integrity of markets; and ensuring competition exists in the interests of consumers”.

So, I am not sure how we have arrived with a fourth- diversity. Is there an audit trail for this objective announcment?

This seems to be an independent mandate by the Olympic Park ‘Wokes’. The FCA sets targets for both gender and Black, Asian and Minority Ethnic (BAME) diversity at senior levels in the FCA. It supports organisations such as Stonewall who in turn rank the FCA as part of Stonewalls top 100 LGBT friendly employers.

This recognition, the FCA says, sends a strong signal to industry, consumers and other external stakeholders about our commitment to diversity and inclusion.’

But it does not endorse the effectiveness or efficiency the FCA. Is diversity within the financial services industry now more important than treating customers fairly, the protection of consumers; the integrity of markets and ensuring competition exists in the interests of consumers”.

Many lessons have emerged from America’s adventures in diversity and inclusion, lessons the UK ought to learn sooner rather than later. To draw on some research, appeasing diversity advocates is a poor strategy.

As observed, “if you begrudgingly submit to some preferential policy, reasoning that diversity advocates will be satisfied once it is implemented, then you have the logic of progressive activism backwards”. As a space gets more diverse, diversity advocacy does not decrease; it increases. Think LGB to LGBT to LGBTQ to LGBTQ+!

As a footnote, in December 2019 we learned that an FCA senior had a post removed from the FCA staff blog Pulse. It was commenting on diversity promotion at the FCA and was not seen to be on message, diversity now outranks free speech at the regulator!

So FCA, can I suggest that you stick to those three operational objectives and especially get them right before you embark on any other unwanted, un-needed deviation from that path that involves industry fees being spent where they really should not be simply to get ‘rainbow rankings’.

As a footnote, as Andrew Bailey assumes the BoE hotseat, he may wish to reflect upon diversity issues at the top there.

Last year, Phillip Hammond faced criticism when the only man from a shortlist of five candidates was appointed by the Treasury as the latest member of the Bank’s Monetary Policy Committee, Jonathan Haskel, joined the nine-strong MPC, which includes only one woman – Silvana Tenreyro.

Shriti Vadera, the chair of Santander UK; Janet Yellen, the former head of the US Federal Reserve; Sharon White, the chief executive of Ofcom; and Dame Minouche Shafik, director of the London School of Economics, were all potential contenders for the governor role but only two applied.