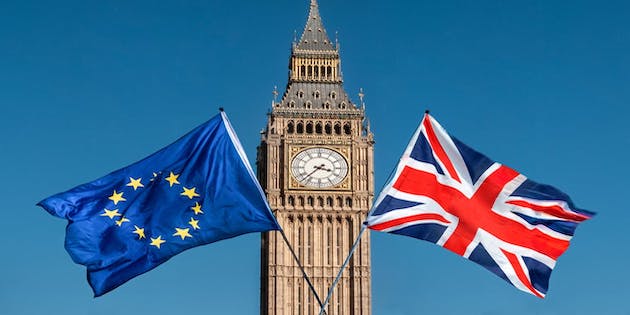 Uncertainty over Brexit and currency fluctuations have been blamed for the increased cost of buying a property in Europe and the USA.

Overseas property and finance specialist Simon Conn has seen an influx of enquiries from clients who were previously paying cash, or required a smaller mortgage, now having to either borrow more or take out a loan where one was not previously required.

“I receive a lot of enquiries from people who need a mortgage as they are of working age and hoping to emigrate, retire abroad or buy a second home overseas. But the problem some clients are now faced with is that they are having to pay more money for their overseas purchase. This is due to a combination of factors. The continued uncertainty over Brexit does not help, but also the way that currency is fluctuating is pushing up the amount they need to pay for a property.”

To put this into some perspective, Meyrick Green from currency specialists Moneycorp said: “Since the start of May this year, the GBP/EUR exchange rate has fallen from a high of 1.1776 to a low of 1.0730 on August 9. For a client buying a property in the south of Spain for €150,000, the drop in the exchange rate represents an additional cost of £12,417. We can expect to see further volatility as Brexit unfolds.”

Peter Esders, legal director and solicitor at Judicare Group which specialises in international legal issues in Spain and Portugal, agrees that the current exchange rate has had an impact on buyers abroad.

“I can certainly believe that more people are needing a mortgage when they previously didn’t, due to the exchange rates. I have had clients who found properties and wanted to buy but are now having second thoughts because of the exchange rate. I have some other clients trying to delay things in the hope that the exchange rate moves back in their favour and are finding this isn’t happening. It is great if you are selling as the exchange rate is in your favour but not so good if you are buying.

“Most clients expect the currency to correct itself once Brexit is sorted out one way or another as that will bring some certainty, whereas at the moment the unknown nature of Brexit is causing issues. Having said that, neither we nor our clients are currency experts and speculation is best left to the experts. Certainly as far as mortgages are concerned it is possible to fix exchange rates for up to a year so that the rate you get to make the mortgage payments will be fixed and you can avoid fluctuations,” Peter said.

“Fixed rates and interest only mortgage products are especially popular and this is a way for people to become property owners in France sooner rather than later. In some cases, this is without having to wait for the sale of their UK property.

“In terms of our clients, average purchase prices are currently higher than in previous years and the lower end of the property market (€200,000 and below) is much quieter. For high value purchases, funding via a repayment loan also helps avoid or mitigate exposure to the annual French property wealth tax. However, the cost of borrowing has to be less than the potential tax for this to be worthwhile.

“There certainly seems to be a high level of interest amongst British nationals to invest in bricks and mortar in France, perhaps as an alternative to investing in the stock market which is currently somewhat volatile,” Barbara said.

Simon added: “Despite the perhaps unfavourable conditions in the market, we are still very busy with people wanting to buy abroad and there are still plenty of bargains to be had. Also, if you get a good deal on the purchase, this can offset the exchange rate in the long term.”

Simon Conn (https://www.simonconn.com) is an official partner of FEIFA – Federation of European IFAs. FEIFA (www.feifa.eu) is a non-profit trade body that represents and assists English-speaking advisers that are either based in mainland Europe or have clients there. The Federation also actively assists UK-based advisers to obtain the relevant knowledge - or to work in conjunction with appropriately regulated European advisers – in order to continue advising clients that emigrate or have assets overseas.

Legal & General: Are your clients looking to fund a first time buyer? They are not alone

Legal & General: Who is a lifetime mortgage for?