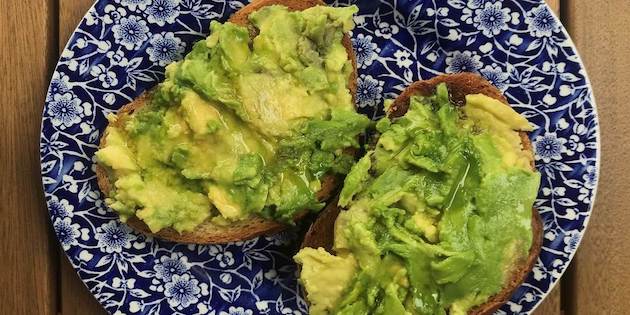 Last month I was invited to present at a conference in Berlin; I spent a couple of days preparing and got up at 4am to fly over. The speaker before me confidently told the audience that millennials lacked their elders’ work ethic so would drag down productivity and GDP growth. As I took to the stage, I rather wondered why I bothered!

Millennials, broadly defined as the generation born 1980-20001, have grown accustomed to these sweeping generalisations. We are blamed for weak new car sales, the death of bricks-and-mortar retail, rising debt, and flagging home-ownership rates. The latter is apparently down to our frittering away earnings on avocado toast rather than saving for a deposit2.

Joking aside, the debate over whether millennials really are different to our predecessors has important implications for the economy as we enter our prime working and spending years. Millennials number around 70 million in the US and around 15 million in the UK and are now the largest generation in both countries, having overtaken the “Baby Boomers” in recent years.

A new research paper from the Federal Reserve3 (Fed) debunks much of the evidence that millennials are genuinely different from previous generations. It examines the income, savings and consumption patterns of millennials and finds that, when adjusted for demographic and socioeconomic factors, their preferences do not appear to be that different to their elders.

There are broadly three reasons one generation might exhibit different behaviours to their predecessors:

Only the last of these implies that millennials are ‘unique’. While this tends to be the assumption in most commentary, the Fed paper suggests that a lot of the observed differences are actually down to the other two.

It can be very hard to detangle the impact of demographic and socioeconomic characteristics from generation-specific tastes and preferences. This is particularly challenging when looking at millennials because we were “lucky” enough to come of age during the Global Financial Crisis. As a result, we are poorer than prior generations were at our age. This has impacted our spending patterns up to now. Going forward, the real question is whether these become more “normal” as the economy recovers, or whether we have been permanently “scarred” by the recession.

The initial evidence suggests that millennial spending patterns are actually pretty similar to prior generations. Once adjusted for age, income and other demographic factors, there is little evidence of generation-specific preferences.

Take cars and housing, which are often cited as key areas of difference. The data suggests that, rather than actively eschewing ownership, millennials may be embracing the “sharing economy” more out of economic necessity than choice.

Car ownership for millennials overall is lower than previous generations, but this obscures a big divergence between those that still live with their parents and those that are financially independent, with the latter having similar ownership rates as their elders when they were the same age. Older millennial households – now in their early 30s – have largely converged with the vehicle spending patterns of “Gen X”.

Millennials are also much less likely to own a home than prior generations at the same age. This is largely because lower employment rates and earnings (especially if from freelance work) have made it harder to save and borrow. Since the recession, banks have remained stubbornly wary of lending to those with weaker credit ratings. Growing student loan debt has likely weighed on the appetites of both borrowers and lenders. But survey data suggests the vast majority of millennials still aspire to own their own home eventually3. Anecdotally, all my peers are scrambling for the first rung of the property ladder as soon as they are able, often aided by the UK government’s Help to Buy scheme. In the US, the homeownership rate for under 35s has risen faster than for any other age group in 2017-18.

Read more Schroders articles and find out more about their Tools & Resources here..