Blogg for Finiancal advisers and Paraplanners 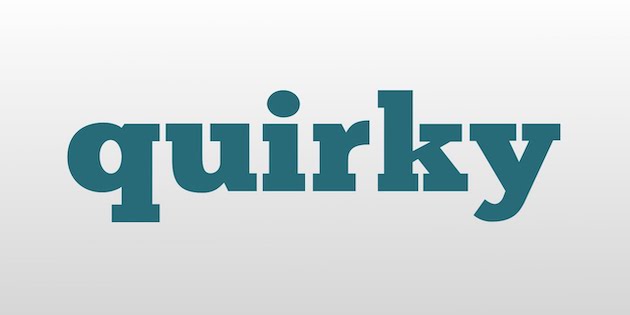 “In the distance I hear a ringing. As I start to wake, I feel like someone has ripped my spine out and played it like a xylophone all night…”

These are the opening lines of something that I wrote at school, when I was 14. I have hypermobility syndrome and at that time, it was really really bad. To look at me now, you would have no idea that there is anything “wrong” with me, but I have a number of invisible illnesses.

I’m going to take you back to the very beginning. As a child, I was terrible at sports. At school sports days I would try my hardest, I’d run as fast as I could, do all the motions. But, for some reason I just simply couldn’t keep up with everyone else no matter how hard I tried. It got to the stage where the school said I didn’t need to take part in races anymore, that it was cruel to put me through it. This was before we knew there was a reason that I wasn’t like everyone else. Strangely though, I could dance, and I was good!

As I started getting towards double digits, when hormones kick in, the bone fractures and sprains started to happen. I think the NHS is fantastic don’t get me wrong, but my GP at the time was awful, completely dismissing me. When I was 12 I fell while dancing and couldn’t walk for two weeks, the GP sent me out of the surgery hopping on one leg saying that I would get over it. My parents decided that they’d had enough and took me to A&E. Turns out my ankle was fractured and sprained.

My mum was a trooper and went in all guns blazing. She insisted that I be sent to a specialist to find out what was going on. The GP referred us, we saw the letter, it said that I was a hypochondriac and my mum was making it up for attention. The specialist told me straight away that I had hypermobility syndrome, badly, and that the GP could have caused significant damage to my hip, spine and leg by making me hop about the place. At the time the ruling was no sports, I had to give up my dancing, the injuries were happening too often. I had to adapt.

I have to wear sensible shoes, I generally choose lightweight clothing, I often have to use aids to open jam jars, I don’t go bungee jumping at the weekends. I grew two inches in 6 weeks once, I have stretch marks on my shoulders because I shot up so fast. It was scary going into the unknown, but it was a relief to finally have a name for why I wasn’t like my friends.

This was 20 years ago and hypermobility syndrome itself was a relatively new diagnosis, so I was sent to London to see one of the leading Professors for the condition. He took pictures of me for his medical students, nothing like feeling like a freak show when you’re a teenager!

I have told you all of this so that you can start to get a better idea of my experiences, and why I fight for fairer practices for people with health conditions. I have been that person in a wheelchair who cannot access shops, who has had people tut and harrumph because you are inconveniencing them with your presence. I’ve experienced inequality.

Luckily for me the wheelchair was only for a few months, and it’s been a long time since I’ve needed any mobility aids (touching wood right now). Once I reached my end teenage years the bad side of the hypermobility syndrome died down. I still have to be careful, I still live within my physical limits, but it’s who I am and it’s what I’ve always known.

I have had other things wrong with me too. At 15, I had 357 gallstones (yes you read that right, its not a typo) and had to have my gallbladder removed, after I had needed to live off chicken rice and baked beans for six months. I went from a size 22 to a size 10.

At 20, I began with generalised anxiety disorder and agoraphobia. The first time I had a panic attack I thought I was having a heart attack. My chest hurt, my blood felt like it was boiling, my left arm was hurting. My GP said I had indigestion. For a while I couldn’t leave the house, I would sob hysterically and hold onto my husband for dear life, while we walked to the end of the drive and back. I adapted again.

I chose to go to university in my hometown so that I had could keep my support network, mentally and physically I got better and had a relapse. That was tough. Battling your head is one thing, battling your head getting better and going back to square one, is a whole different story. You are then left with the fear that you could crumble again at any point. I tried counselling, hypnotherapy, acupuncture, cognitive behaviour therapy, nothing really helped.

After my second child was born I started exercising again, I wanted to challenge myself and dance again. I started to Zumba, I wanted to get my adrenaline going to release the serotonin for the feel good factor, to tackle the anxiety. I did and it worked. But it presented a new problem. My heart rate when I danced went up to 190 beats per minute. I was so proud, I thought it meant I was trying really really hard, my husband made me get a doctors appointment. Cue another specialist and tests, and it would appear that I have sinus tachycardia and probably postural tachycardia syndrome (POTS). My heart goes silly fast when I’m stressed or exercising. Enter explanation for the panic attacks I have had for the last 10 years.

Then the last thing, and I promise this is the last health condition (for now!). After my third child was born I was left with postpartum thyroiditis. This basically means that you have an overactive thyroid for a couple of months, that then switches to an underactive thyroid, probably for life. It took six months to be fully diagnosed and start medication, it was not an easy time looking after three young kids, breastfeeding and running a business. I am very fortunate to have the support of my husband, and two amazing grandmas on hand.

Now, I am not in anyway trying to say I have had a bad run of things. There have been some truly awful times in my life, but I have been far luckier than a lot of people. I now have my own award-winning business, a husband and three amazing children. I couldn’t be happier.

My husband and I own a specialist insurance brokerage, Cura Financial Services Ltd, our website is specialrisksbureau.co.uk and I have written all of the specialist pages on there. We help people with medical conditions to get life insurance, critical illness cover and income protection. Our business, and myself personally, have won awards for our work to improve access to insurance for people with cancer, HIV, diabetes, heart disease, previous suicide attempts, to name but a few. We built our business with this focus because I struggled to get insurance due to the hypermobility and anxiety issues. I hated the fact that an insurer thought I was an “impaired” life, I’m not impaired, I’m quirky!

Kathryn originally produced this video for use on the MeIncluded website to accompany her blog about being quirky aka "impaired" and how it caused her difficulties to obtain insurance. Kathryn owns Cura Financial Services with her husband Alan, and they have built a team of empathetic advisers, who are able to help arrange insurance for people that have been declined cover, or given a silly offer of terms. To find out more about Cura, please visit our website https://www.specialrisksbureau.co.uk/who-we-are and feel free to connect with Kathryn on Twitter @Kathryn_Cura

The importance of infrastructure

How to deal with an erratic business partner

Active management and the predictability of markets #1: Eugene Fama