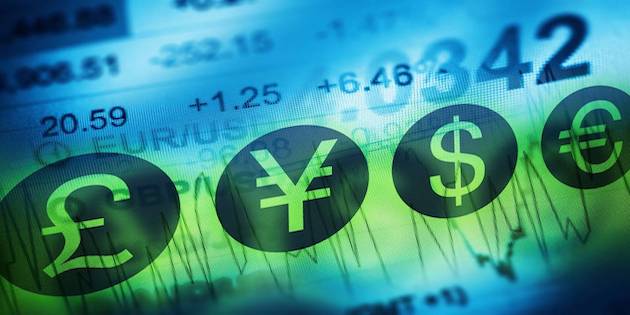 Over the past year, currency values have fluctuated wildly against each other. It will not have escaped many people’s attention that following the UK’s vote to leave the EU, the pound has weakened by around 15% across the board. For any business involved in international trade, this kind of volatility can have a significant impact on profitability if not effectively managed.

Those importing coffee or machinery from overseas will frequently be quoted prices in foreign currency, but when selling domestically will be accepting their home currency, and this will create a dilemma. An importer will face the choice of either raising prices and becoming uncompetitive, or retaining prices and becoming unprofitable. In practice, most importers have made a compromise between the two.

Exporters may be able to avoid currency fluctuation risk by invoicing in their home currency, but there are occasions, particularly for smaller companies with large overseas clients, when they are forced to price in the buyer’s currency so that they can be easily assessed against international competitors. In the past year, UK manufacturers, domestic real estate vendors, financial services and tourism in the UK have all had a shot in the arm.

UK Exports have grown 5.8% since the Brexit vote, and contrary to many people’s fears the UK economy was one of the fastest growing in the OECD during 2016. It is widely accepted that any deterioration in investor sentiment has been offset by the weak pound and domestic consumerism sentiment has not yet shown signs of having been too badly dented, despite slightly higher prices in the shops. There is a long way to go before the trade deficit is closed but the weakening of the currency is said to be helping to re-balance the economy, something the bank of England is keen on, in order to reduce the balance of payments deficit in the UK and boost completeness.

When it comes to conducting international business, you will be facing either a great opportunity to capitalise on an increase in competitiveness or worrying about how to compensate for the weak pound when delivering payments in local currency abroad

If you are based abroad, you will also face the dilemma of volatility. Moreover, the starting point may will already be disadvantageous. Emerging market currencies tend to be weak, especially where the US Dollar predominates as the accepted currency of choice. The accepted way to assess how weak or strong a currency is is through looking at Purchasing Power Parity (PPP), otherwise known as the Big Mac index (note GBP/USD PPP graph). In the last year, and for the first time, commentators have started talking about the pound as an emerging market currency for this reason.

Whether it is major events such as the decision to leave the EU, or simply managing medium-term volatility, you need to protect the rate at which you calculated your costing level or expected profits. So what can be done in order for companies to recognise, measure and manage the risk associated with currency movements eating into their profits? There are simple steps and tools available in order to achieve this:

1. Ensure the pricing is realistic

Too often an importer will quote re-sale prices based on the exchange rate of that day itself. To ensure that you are not already exposed to adverse currency movement, before you can even think of buying the currency, either add a buffer for the exchange rate to your pricing (3-4% should be adequate if you expect a response within a couple of weeks) or explain that you reserve the right to re-quote if the actual exchange rate fluctuates adversely by more than a certain percentage by the time you receive confirmation of the order. You can see from both the GBP/USD and GBP/EUR graphs that the pound has been trading within clearly defined ranges for much of the past year. Equipped with this information, decisions can be made about accommodating fluctuations in the way described above.

2. Decide on which tools to use

As soon as you, as an importer, confirm your buy order in a foreign currency, you have a currency exposure that you need to manage. You need to work out which products you will utilise to purchase the currency. There are three basic types:

This involves purchasing currency at the current rate and is designed for delivery within two days. Many companies wait until the invoice due date and then purchase in this way, but this is a maximum risk, maximum reward strategy, rather than adhering to any kind of risk management strategy, since the entire invoice amount is exposed to the risk of exchange rates moving steadily adversely until the due date, and the resulting currency conversion being more expensive than originally budgeted for (and in the worst case scenario, for an importer, more than the price you have quoted to your domestic client, or, for an exporter, less than your own cost price!).

This involves fixing an exchange rate (based on the current rate) for a purchase of a specific amount of currency on a future date. Generally, only a small deposit is payable, which is then offset at maturity. This is a pure protection tool, since your exchange rate is fixed. It is ideal if you have 30, 60, or 90 days invoicing terms, or projects lasting many months. City Forex offers up to 18 month forward contracts or potentially even longer. Bear in mind, however, that you are obliged to carry out the purchase when the contract date arrives (most banks and other providers will also allow you to specify a ‘window’ period of a few weeks or even months in which to settle, rather than a specific day, and this is known as a flex, window or time option forward contract).

These provide a greater level of flexibility and a wider range of risk/reward choices. They can offer a mixture of the ‘opportunity’ offered by spot foreign exchange (i.e., if the market moves in your favour, you can take advantage) and protection, such as offered by forward foreign exchange. This mixture, of course, comes at a price, either in the form of a ‘premium’ (appropriate, since this is a form of insurance) or in the form of a built-in penalty (such as the obligation to purchase at a less attractive rate, or leveraged option that may force you to purchase or sell more than you might normally wish to). The selling of these products is highly regulated because they need to be applied in the most expert way to your business model. They should only be considered very carefully and with a full understanding of all terms.

3. Design and implement a simple strategy

Common sense might tell us that the obvious balanced approach to risk management is to purchase half of the required currency on a forward contract as soon as the exposure is confirmed (once you confirm your import order), and then to leave the remainder to purchase on the spot market. In this way, whether the market moves up or down between invoice receipt and due date, you gain on half of the amount. However, this approach is too simplistic because there are other variables that will determine the mix of products. Here are the questions that you should be asking yourself:

(i) How close is the current exchange rate to my “costing level” (the rate used to originally quote a price to your client) by the time the order is actually confirmed?

If it is in your favour and very close to the current exchange rate, you will probably want to protect more than 50% of the invoice amount straight away, by taking out a forward contract on as much as 100% for what you will need to pay or expect to receive. If there is a large difference in your favour between the two rates (i.e. you are in no danger of losing money on the foreign exchange element of your costing) then you may want to book less than 50% and watch the market for opportunities to successively increase your cover as they arise and only enter the market if this situation changes. In this situation, you can effectively use stop-loss orders or OCO (one Cancels the Other) market orders.

(ii) How much visibility do I have on my future currency exposures?

If you are implementing a strategy on an invoice-by-invoice basis, then this is very easy, and you can probably cover even up to 100% of your exposure straight away on forward contracts, if you so wish. If you are not (e.g., if you are implementing a strategy based on expected future sales) then you probably don’t want to over-commit to cover as yet unknown liabilities. In this situation, it is advisable to work from the expected minimum exposure and trade any excess using a spot trade.

(iii) What is my appetite for risk?

If you are generally more risk tolerant, then weight your currency purchases towards spot, or indeed multiple forward contracts. If you are very risk averse, and would rather remove all currency exposure risk from your contract, then cover 100% on a forward basis.

(iv) Do I have a view on where exchange rates are heading?

If so, and if you believe your home currency will strengthen, you can put off purchasing currency on the forward market. Beware, however, that the markets are extremely fickle, and it is impossible even for major banks to accurately predict future direction. It is common to want to guess the future of currency, but currency markets are the most unpredictable of markets, and you do so at your peril.

(v) Am I likely to receive any foreign currency that I can use to pay this invoice?

If so, you can reduce your exposure, and therefore your cover, by this amount, if you so choose. But bear in mind that foreign currency receivables may well have their own ’costing level’ that may not match up with your liabilities. You may also not want to muddy the waters by mixing contract funds in your accounting, instead preferring to cover each exposure on a case-by-case basis independently. Keeping things separate will make future reconciliation far easier.

If you report to anyone else, if you want to apply a certain risk approach to your business in general, if your profit margin is tight and a fluctuation would be significant, if the exposure itself is a significant part of your business, or if you want a level of forecasting certainty, then yes, absolutely you should have a clear policy that you implement every single time. Without one, you are playing an incredibly unpredictable market with your company’s funds.

Where can you get assistance on this?

Since most small companies are not in their bank’s list of top ten customers, it is rare for them to receive consultation on the vagaries of the foreign exchange market. Having someone who understands your business requirements and who can advise not only on risk management but also help you time your currency conversions to take advantage of favourable conditions, can amount to thousands on your bottom line, and will also leave you free to concentrate on running your business.

Several foreign currency specialists offer this type of consultative approach when you transact with them, free of charge. It is also the case that the exchange rates they offer are generally more competitive than large commercial banks. Today more than ever it is important to as much as possible control the risks posed by currency fluctuations. Currency movements over the past year have had enormous, and in some cases calamitous consequences. The uncertain current economic and political outlook is likely to prolong this volatility on the exchange markets, so now more than ever it is prudent to see if there is anything else you can be doing to protect yourself.

Read more FairFX articles and find out more about their Tools & Resources here..

Latest Edition of the Investment Life & Pensions Moneyfacts OUT NOW