Adviser Letter of the Week 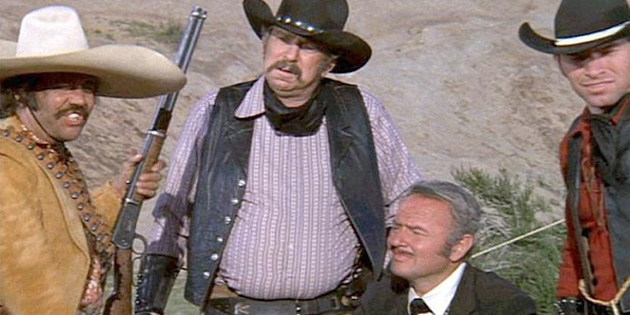 It is well documented how claims management companies have plagued the industry in recent years.  Many of these have lied, cheated, deceived and generally operated in a base and underhand manner.

The Ministry of Justice unit at Burton on Trent has been unable to deal with the excesses in a sensible manner and when foul behaviour has been determined the response is often the equivalent of a slapped wrist and a bad telling off.  Contrast this with the treatment meted out by the FCA should an adviser be deemed guilty of fraud or misrepresentation.

A while back it was decided that authorisation of CMCs would fall under the remit of the FCA and many advisers rubbed their hands at the shock in store for the fraudsters and their brethren the merely opportunistic.  No date has been set for the switch from MOJ to FCA and I understand that there is much still to be done in terms of setting parameters and transitional arrangements.

Nonetheless, I have it on good authority that the FCA is minded to grandfather in this clutch of miscreants in a similar way that consumer credit authorisation was managed.

This may well suit the FCA but contrast this with the attitude of their predecessor body when the RDR was being pushed through.  Advisers of long-standing were told that failure to take QCF4 examinations would mean that they would lose authorisation and despite pressure from the Treasury Select Committee and various advisers the FSA remained steadfast.  The result was a mass culling of older advisers most of whom had a perfect regulatory record without any complaints or suggestions of bad behaviour.

Now we have the prospect of the entire CMC population, which is provably a toxic mix of lying, exaggerating, inventive and downright dishonest creatures, being admitted without so much as a quick scan of their attributes (or lack of).

Surely this cannot be the right way for a financial regulator to operate?

Clearly the Mexican Bandit in Blazing Saddles was right, they “don't need no stinking badges”, all they need is an FCA grandfathering accreditation and they are up and running.

Yes, these people are a blight. In addition to Alan's comments, it seems that Government departments are also derelict. I'm sure I'm not alone. I still receive unsolicited phone calls - mostly an automated voice - telling me I have a claim. I have subscribed to the preference service - to no avail.

Why doesn't the relevant Quango get its finger out? Again as Alan says if an adviser were guilty of only a tiny fraction of this nonsense the FCA would probably throw him/her in the Tower.

I have an ex-directory, no callers, number at home and have given out that number to no-one. It's also registered with TPS. The only reason I have it is for the fibre broadband which goes with it.

Hardly a day goes by without several ambulance chasers 'phoning me, even as late as 21:30 hours.

At first I did what I thought was my public duty, diligently recorded the numbers making the calls, checked the numbers on-line for the miscreants identities and reported them to the ICO and MoJ, who have proven totally ineffective.

It beggars belief that the FCA is considering grandfathering them in.

P.S. Let's all send a link to this article (or a .PDF of it) to our MPs with a complaint.

MPs?? What a waste of time that would be. When did they ever prove effective?

Could we get a petition going?

We could, but we should consider if it will make 100,000 signatures. I could be wrong, but I would have thought this unlikely.

MPs react to a heavy postbag, especially if mail is worded differently, i.e. not pre-prepared for one and all to sign.

Alan Lakey has put the case very well, so I sent a .PDF of this article and a link to it by e-mail to my MP this morning.

For any who don't know, one's MP's e-mail address is available at http://www.parliament.uk/get-involved/contact-your-mp/. All you need is your home post code to discover who is your MP and his/her contact details.

Harry you're wrong. Simply because you don't have 100% success on what you want doesn't mean that it isn't worth a try. If you have a better idea, let's hear it... Or do you simply want to waste time complaining in an ineffective way?

I can tell you 1st hand that elected representatives react to a heavy post bag, especially if it doesn't look like we've all copied the same words. Although I attached this article, I put in my own two penn'orth.

What doesn't work is us all complaining to one another, preaching to the converted and doing little else.

A couple of recipient thoughts, the FCA being one, we are happy to set a petition in train. The other is the TSC, who could get a copy of it too.

I think this is a great idea. Do you have a copy of the introductory email that you sent over to your MP? We can also include a copy of this in the next bento bulletin if so, so then our readers can take a steer from it and attach the PDF.

We will also look to create a petition too. I agree that whilst we may not get the 100,000 names needed, this along with emails to MPs might help with making some more noise about the injustice of all of this.

No Richard, what I meant was that efforts may be better directed at the Regulator and the press. It isn't a matter of obtaining 100% success with those jobsworths in Westminster 0.5% would be a novelty.

Some stinging articles in the press seem to do a lot more good. As far as the regulator is concerned they listen more to the bleeding hearts at the consumer panel that they do of Parliament.

There's no reason why we can't do all of these things. I'm happy to keep having a go at my MP, but we all need others to do the same.

As for articles in the press, good idea. There's nothing to stop us doing that too. A multi-pronged assault is better than a single front. You feel motivated towards articles so please, write some.

We are more than happy to always accept articles for Bento's and promote them to various LinkedIn Groups we are part of if that helps too!

Reasons we might not be heading for a crash

It's no longer safe to use a Debit Card