Home > News & Views > Doomed? Trail removal matters, fears for the few as well as the many

Doomed? Trail removal matters, fears for the few as well as the many 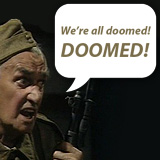 Many readers will be aware, we have been concerned for some while about the impact that the removal of trail will have on businesses. The impact is varied, the threat real, in fact more real than even we realised.

In December, we worked on an impact study via a Panacea survey with Garry Heath who was working on the second edition of “The Heath Report”.

The Heath Report Two (THR2) has been created to examine the consumer detriment caused by the regulator’s actions in introducing the Retail Distribution Review.

As Garry says “It does not seek to be a learned academic document but to assemble in one place a clear description of what RDR has created and suggest lessons that might learnt”.

The report also wishes to explain the social value of IFA sector and present the arguments for making changes in regulatory accountability to ensure that RDR represents the last time the regulator can abuse its power.

THR2 has been created for the consumption of the financial services industry, its regulator and in particular the politicians who created an Act which has created a regulator over which they have no control - which in a democratic country is totally unacceptable.

This journey started with a Panacea Adviser Conference in January 2014 at which the effects of RDR were discussed and in particular the way the loss of Trail commission might compromise a significant sector of the IFA community.

Panacea Adviser completed a comprehensive survey in late 2013, 92% of respondents thought the removal of trail would be “catastrophic to the future of their businesses”. This survey has been repeated at the end of 2014 & the new catastrophic figure is 94%.

In April 2014; the Panacea Team, Lee Travis from NMBA and Garry Heath met the FCA which dismissed the survey of 1,752 advisers, representing over 50% of the direct authorised IFA firms, as “unimportant

At this April meeting, the FCA informed us that it would issue an internal review early in the autumn which we expected to be in praise of RDR.

In the end, the FCA employed European Consulting and Towers Watson to produce and issue 2 lacklustre reports which were smuggled out in the week before Christmas to a distracted media - hardly the action of a confident regulator.

These reports suggested that there was “no evidence of consumer benefit” leaving the FCA to opine that RDR’s “longer journey will benefit consumers”.

This is reminiscent of Mr Micawber’s hope “that something will turn up”.

The Interim THR Report was issued in September and gave ammunition to politicians on the Treasury Select Committee, to ask some uncomfortable questions of Martin Wheatley.  It also found considerable traction in Europe and Canada; both of whom face regulators keen to follow this latest dangerous regulatory fashion. Interestingly, the RDR infection which started in Australia is now waning there.

There will be a point at which RDR in the UK becomes untenable. And in turn your firm's viability.

I think we are nearly at those waypoints, download the full copy of the THR2 now and read the findings for yourself. I think you will be very surprised, and especially those firms that thought they had no problems!

As the Hendrix song goes: "There must be some kind of way out of here, said the joker to the thief”.

Join Garry and I on Friday 6th March for our free 1.00pm live podcast on the subject to try and find out. Just listen via this link.